In anticipation of the build I bought a pair of these neat Clyno motorcycles at the IPMS Nationals last year from the W^D Models stand:

You get two, and it’s hard to believe that they’re only around 30mm long! They’ve just bought out some dispatch riders to go with them, and I am definitely going to contrive some sort of situation that justifies including them in a vignette even though at 1/76 they’re a tad underscale. They’re a fantastic example of micro modelling and a testament to the skill that has gone into producing these kits. Definitely my kind of thing!

I also have the old Pegasus model BE2e with it’s larger upper wing and a few other airframe changes, and considered maybe combining the two kits, but looking at the Pegasus kit I’d forgotten how good it is and I wouldn’t mind a go at it. I noticed that the old Blue Rider Home Defence Squadron decal sheet has become available again, first printed in 1987:

An all black machine with white circles and skull and cross bone markings would look pretty neat!

Kits arrived yesterday but only had the quickest look at them. First impressions of the BE2c are very favourable. Excellent level of detail, and neat constructional details such as the supports to help fix the struts in place. Oddest thing are the decals which for Leefe Robinson’s aircraft are printed as a pale blue grey with the usual red centres, which I can only judge as being a misinterpretation of orthochromatic film. Certainly the feeling on Britmodeller when I posed the question on the WW1 forum last night. 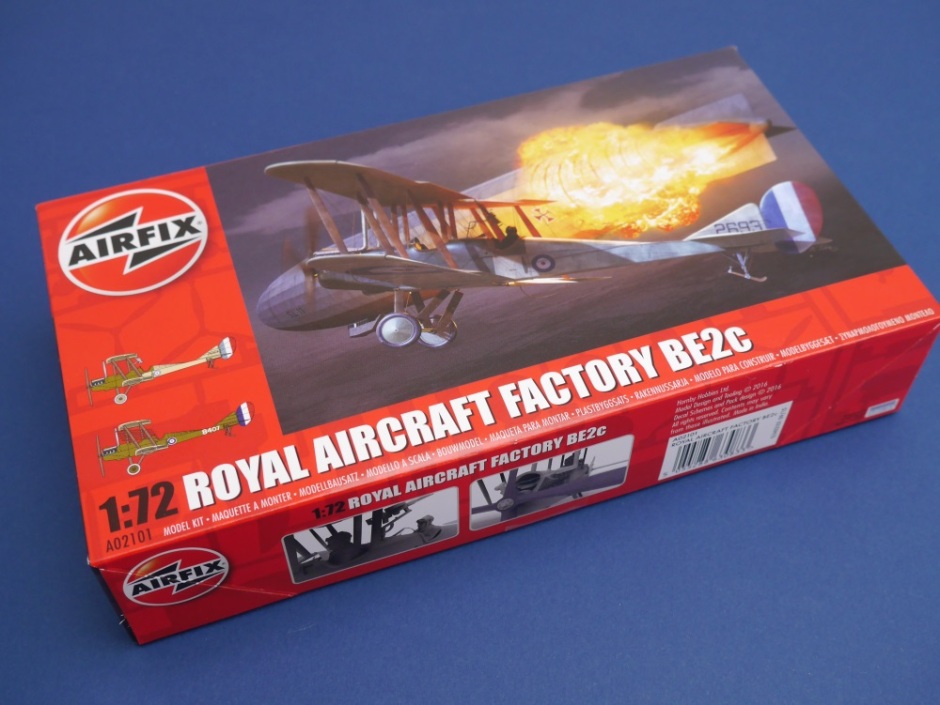 Nice sturdy box – Airfix have some of the best on the market at the moment – containing three sprues of beautifully moulded blue-grey parts and one small clear one containing two windshields. Most have very small connections making them easy to remove and less prone to marking and damage, a blessing with so many tiny components. Highlights are the restrained panel lines and delicately ribbed surfaces. 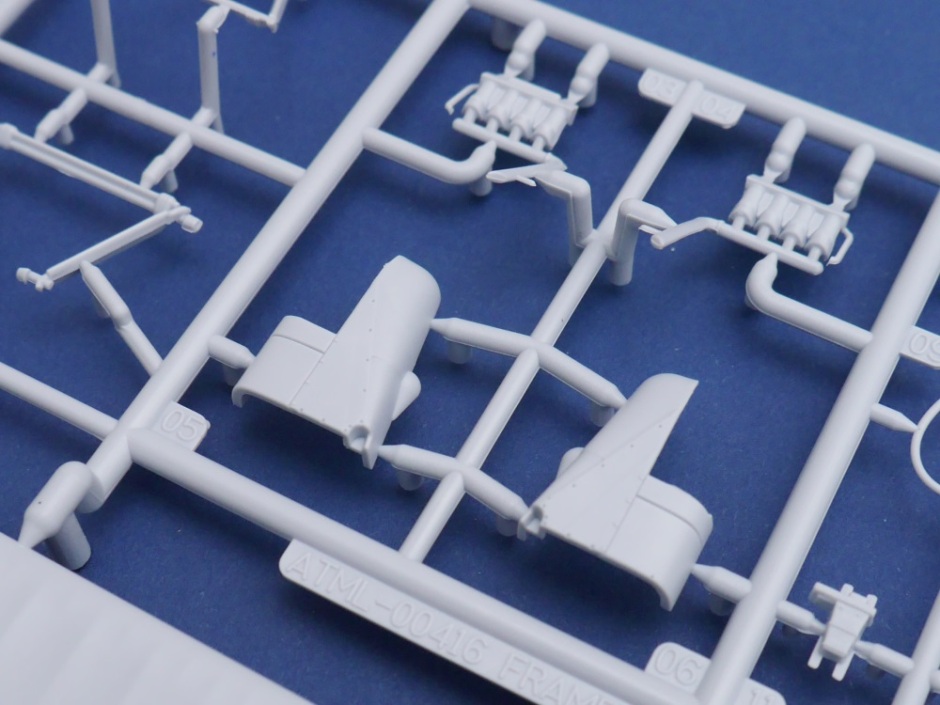 There’s a nice little RAF engine and not too bad a representation of a Lewis gun on a Strange mounting so that the gun could be fired upwards. Le Prieur rockets are included for one of the options, a PC10/CDL machine based at East Lothian in 1916. A nice touch is the inclusion of some jigs into which you can lock the struts, so ensuring that they are fixed into the correct position. Why hasn’t anyone thought of that before? 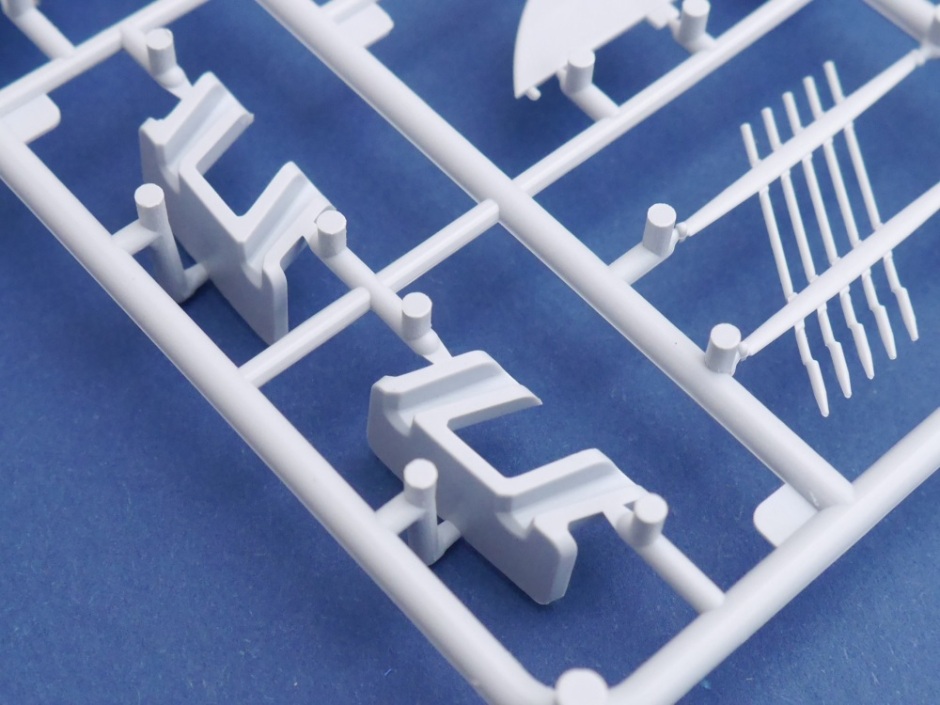 I was drawn to the option depicting William Leefe Robinson’s 2693 machine of 39 (HD) Squadron, in which he famously won a VC for downing Zeppelin S11, mainly because of the mixture of metal, wood, and doped linen finishes. It’s worth doing a bit of research though, as photos in Windsock Datafile No.42 show two pictures of the machine with an open front cockpit, with the front control area blanked off with what appears to be something like plywood. There are also additions to the cockpit, notably a rack of what I think are flare cartridges, plus a collapsible windscreen with fabric sides to aid the firing of the machine gun. There is however a photograph of the same machine with the front completely faired over, as can be seen below – it’s up to the modeller to determine what to do! 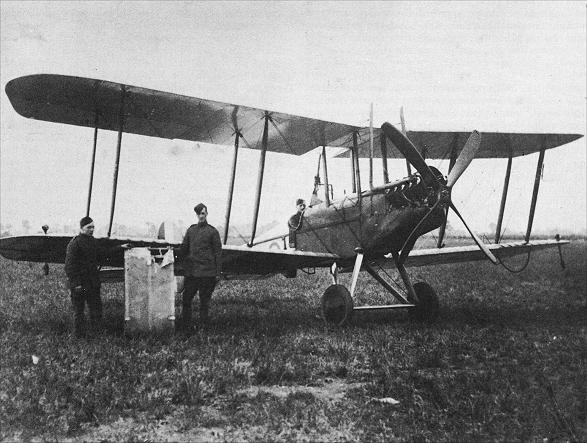 The above photograph of Leefe Robinson in 2963 shows the machine with a faired over front cockpit. It also shows two mechanics holding the damaged upper wing centre section that he shot through with his own gun during the frantic action that took place when downing Zeppelin SL11. It was taken from the following website where you can read a full biography of the celebrated war hero: http://www.worcestershireregiment.com/wr.php?main=inc/vc_w_l_robinson_page6

The oddest thing is the decal sheet that depicts this machine as having very pale blue-grey colours, which as previously stated must be a misinterpretation of orthochromatic film. If this version is to be built decals will need to be sourced elsewhere as the alternatives have the white outer rings for a PC10 finished machine. This apart though it’s a very fine kit. There are some minor detail changes that can be made (cutting out and repositioning the ailerons and elevators, adding control horns etc.), and I wouldn’t be surprise to see a photoetch fret or two appear soon. 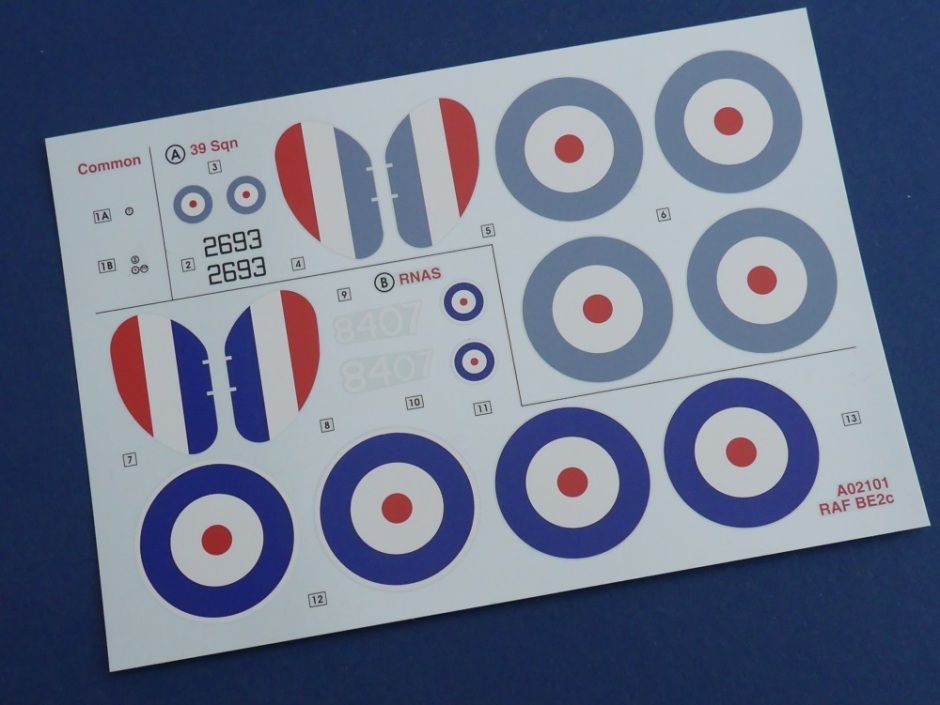 Looking forward to building this but it will have to wait a while whilst I clear the deck of other projects. Congratulations Airfix on a great model, the first early era biplane I can remember since the release of the Bulldog in the late sixties/early seventies. Many more to come I hope. 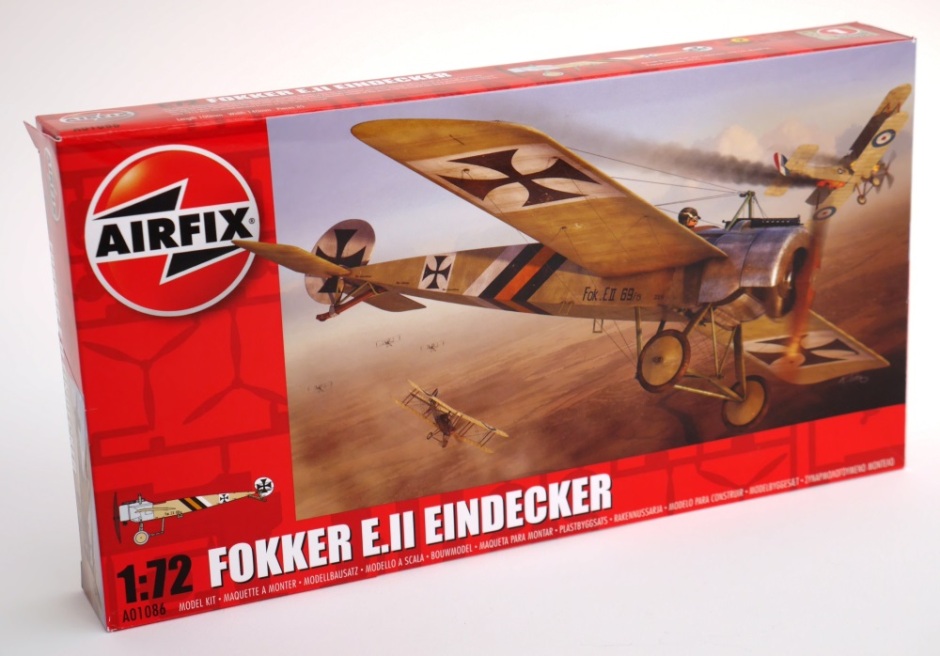 A few words about the Eindecker, which, like the Triplane for some reason, doesn’t really do it for me as a modelling subject though I can’t explain why, and I’ve built a few of both in a number of scales over the years. I couldn’t not buy this Airfix kit though, given the fact that it is an Airfix kit and at such a bargain price.

As with the BE2c it’s moulded in the same rather soft light grey plastic and in line with other recent releases, has nice surface detail. In this kit the stitching on the underside of the surface is particularly noteworthy. There’s a nice Oberursel engine, a choice of Germania and Garuda airscrews, and one of the best plastic moulded Spandau machine guns that I’ve seen. Certain details could be added to enhance the model such as seat straps and a replacement step which is a bit clunky, and you might want to wait for the forthcoming Eduard detail set if you don’t fancy a bit of scratch building. There’s one decal scheme, that of an aircraft flown by Kurt von Krailsheim in Oct 1915, and probably as colourful as options go for the E.II. Accuracy wise it seems OK, measuring up to published data, though interestingly larger in span to those drawings offered in the Windsock Datafile on the subject even though it matches the dimensional data provided. In 1/72 scale it’s quite a tiny model, but Airfix help you along with some clear instructions and a kit that I am sure will slot together very easily.

Another very good kit then, and hopefully an encouragement to those modellers who would like to try a WW1 subject without the pain of two wings and a lot of rigging.