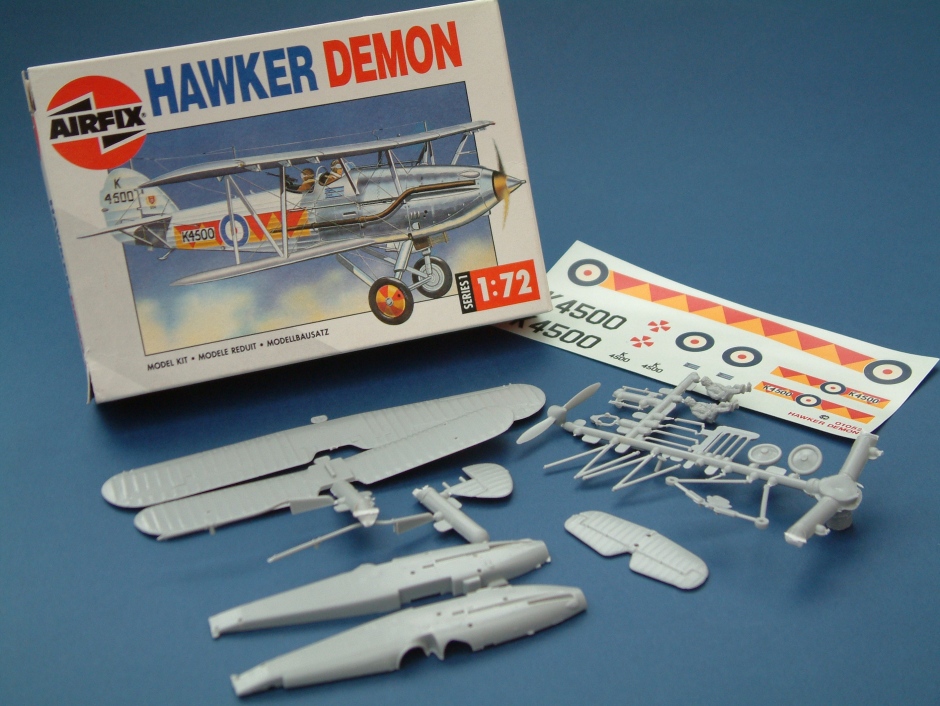 In response to the need for a club competition entry, I’ve decided to give Airfix’s ancient Hawker Demon a go, buoyed by a reappraisal of some of my ‘Silver Wing’ efforts from around ten years ago, and being particularly pleased with the Bulldogs. Not that the Demon is in the same class. I understand that it was a reworking of their older Hart kit, with some pretty aggressive ribbing added to the wings. Looking in the box that I acquired along with a lot of other 1/72 scale inter-war kits in readiness for the series, I was pleased to see a bag of white metal Aeroclub parts which I didn’t realise that I had, issued for the Demon but identical to those included in their Hart/Audax kit. This would certainly help to upgrade the kit and make the job a tad easier. No denying though, there’s quite a lot of work to do.

First, some of the immediate problems:

The wings are the most obvious, with heavy ribbing and a number of ejection pin marks to deal with 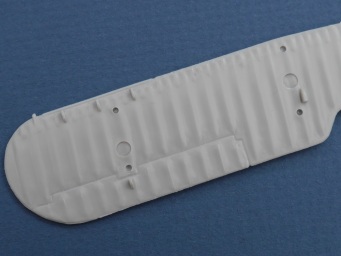 Next the fuselage needs some of the large location holes plugging, and the tailfin, which is slightly pointed when compared to drawings.

The wheels look bit on the thin side, so this is where the Aeroclub Hart kit come to the rescue.

So, the ribs were rubbed down, holes filled, and all control surfaces separated from the main parts with a sharp blade.

All the reworked parts are shown below. Details to the upper wing are added with self-adhesive aluminium plumbers tape. Hinges have been added using Evergreen strip, and hand holds drilled out.. 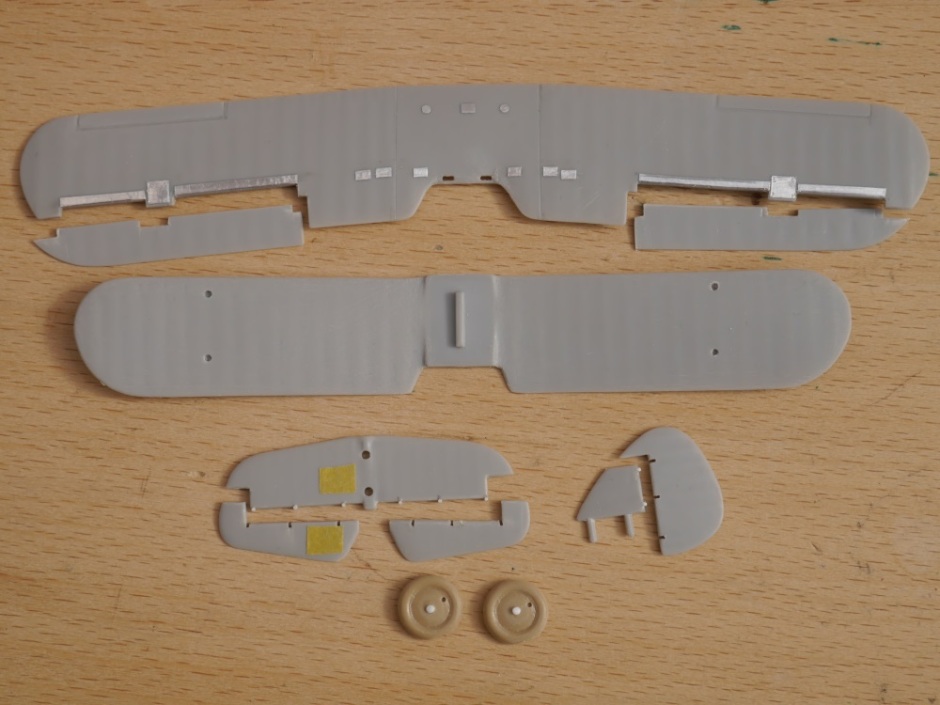 All doesn’t look to bad under a coat of Tamiya Grey primer. A bit of touching up still needed.

Now for the inside

Busy day or so getting the bits and pieces ready for the interior. I didn’t want to go over the top but with two open cockpit apertures I need to fill it with something, so the idea was to have something that appeared busy without me spending an insane amount of time micro modelling. Most were fashioned from bits of plastic and bits of photoetch from the spares box. The only bought items that are included are the seat and control column from the Aeroclub set. The only things missing are the seat straps at the moment, which will also be photoetch. 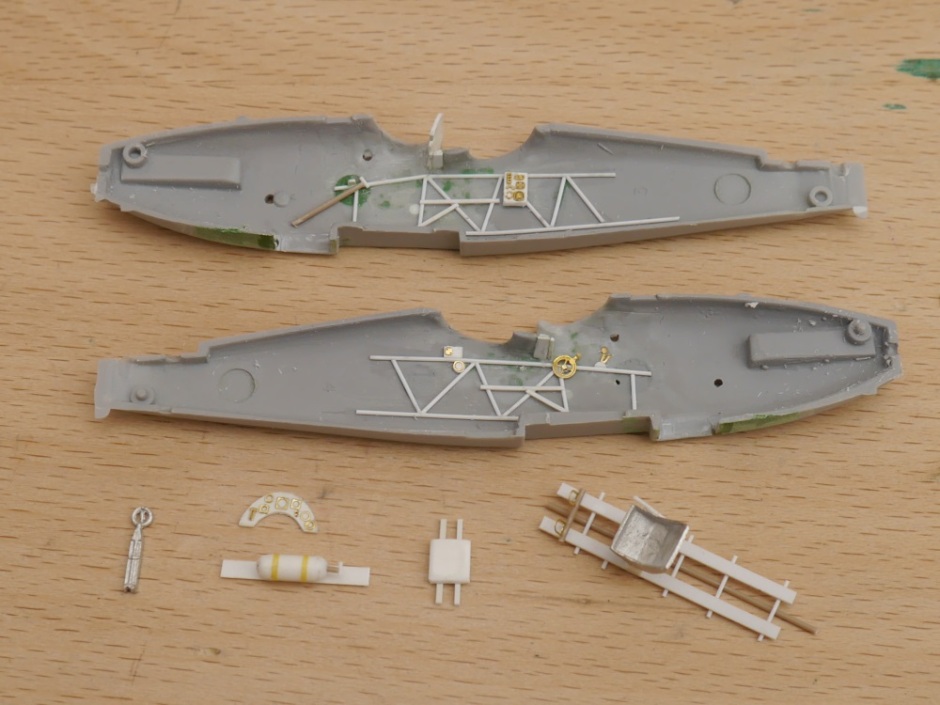 I’m looking forward to putting the two halves together so that I can concentrate on the outside which after all will be the most visible! I’ve a feeling that I will have to sand off most of the detail and rescribe it if I’m to achieve the sharper look that I’m after. I’ve already made a start by removing the plastic block that is meant to be a radiator and cutting out a hole to insert the Aeroclub part. The grille detail on this isn’t great so I’ve added a layer of green putty, then textured it pressing the soft filler onto some cloth. I’ll clean this up and add further details later.

I’ve also started reshaping the gunners position, removing most of the moulded section at the rear. I really though I’d be adding more plastic than taking away but I started with the wings, and now most of the interior of the fuselage has disappeared in what is turning out to be quite a sculpting exercise: